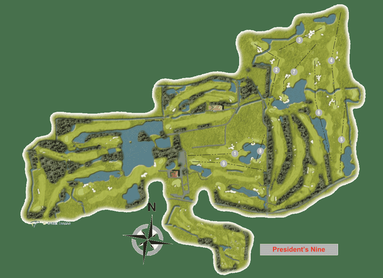 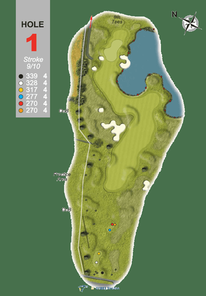 Par 4 dog-leg from right to left. A good long iron or fairway wood will leave a relative short iron across a pond to a well-guarded sleeping green. A well-played precise shot will leave a birdie chance, a slightly miss judged approach will leave a very difficult par. 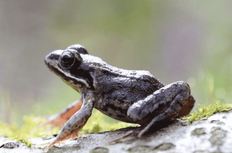 The Common Frog is a protected animal which can be found in many biotopes. Typical about this frog is brown colored spot between the eyes and the front legs. This amphibian is only water bound during the breeding season and wintering. The rest of the year it can be found on moist areas of the course. Some humid roughs, for example these in these in the surroundings the Hole 1, are excellent spots to see these animals. 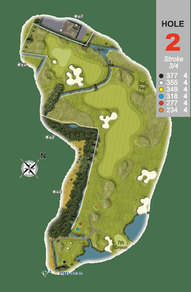 Demanding par 4 dog-leg from right to left. A long straight tee shot will give the player a good view to a raised green with out of bounds coming close to the left edge of the green. Needing a very accurate mod iron to a leave a birdie opportunity. For the shorter hitters, pay attention for the ditch that crosses the fairway 60m before the green. Par is always a very good score. 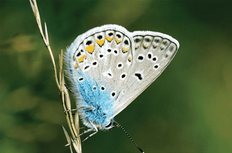 The Common Blue is a typical butterfly of grasslands. The roughs of the presidents nine, for example those of Hole 2, seem to be a perfect habitat for these insects. The caterpillars feed on different kinds of clover, which appear abundantly in these roughs. The butterflies typically rest in groups together, with often more than a hundred individuals! 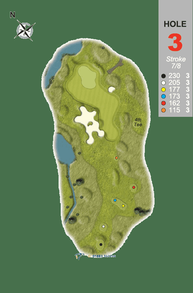 Long par 3 to a raised green, played mostly down wind. An accurate tee shot with a fairway wood or long iron can lead to a well-earned birdie. 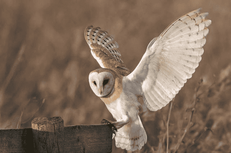 The pale-colored Barn Owl with its heart-shaped face hunts at night searching for rodents like voles and shrews. Besides their excellent eyesight and hearing, they can fly without making any noise! With a bit of luck one can see a Barn Owl flying just above the ground in the evening. These owls look for food in open areas, like the fields next to the golf, but also on the rough zones on the president’s nine! 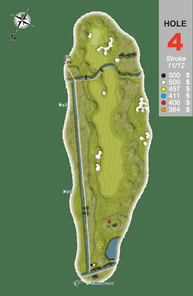 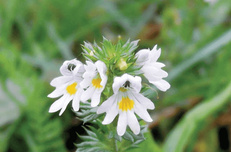 The Drug Eyebright is a rare plant species! It grows on poor, unfertilized soil in sunny open places. The roughs on the 3rd & 4th Holes appear as a good place for this species. The plant is a hemi-parasite, and takes water and salts from grasses. In this way grass growth is suppressed and other plant species get a chance to grow. Isn’t nature beautiful? 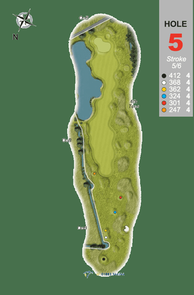 Challenging par 4 from the back tees, with a pond cutting into the fairway from the left about 150 meters from the green. A relatively flat green, so a good approach can give you a great birdie opportunity. 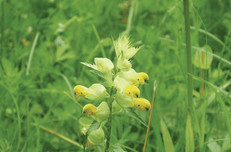 The Greater Yellow-Rattle grows in humid grasslands which are moderately rich in nutrients, living a semi-parasitic life by feeding off the roots of nearby grasses. It can be found in the roughs near 5th Hole, but also around the 2nd and 3rd Holes. The plant owes its name to the seeds which rattle inside the seed capsule when the plant gets moved by the wind. In Flanders, the greater yellow-rattle is not often seen outside nature reserves. 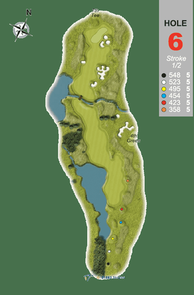 The longest Hole on the Presidents Nine and a tough par 5. The tee shot avoiding the pond on the left side will set you up to cross the ditch snaking over the fairway about 150 meters from the green, if played in to the northerly wind and the ditch becomes difficult to cross for all but the longest hitters, then a par is a very difficult. If the ditch is crossed then a well-judged approach is needed to a long, narrow and sloping green. Par is a very good score on this Hole. 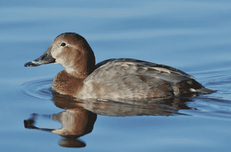 The Common Pochard is not a common breeding bird in Belgium, although in wintertime it can locally be a very common. Males have a red brown head with red eyes, a black chest and a gray body, while the females are brown. They dive a lot in order to find water animals and parts of aquatic plants in the water. The duck isn’t seen lot of the golf terrain, but when lucky one might see a bird in the pond alongside the 6th Hole. You can find them all year long, but especially in autumn, wintertime and early spring. 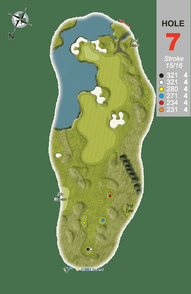 The shortest par 4 on this Nine, with a relatively small, slopping green guarded on three sides by the pond. Longer hitters make take the risky route ever the left hand fairway bunker, leaving a short pitch to set up a birdie. This route can also be used by shorter hitters with there second shots, so avoiding having to cross the pond. However most players will play a long iron or fairway wood straight towards the green and then a short iron over the pond, hoping to have the right distance ta leave a flat putt. 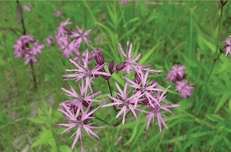 The Ragged-Robbin is species of a wet grasslands on moderately rich soil. The use of fertilizers and the lowering of groundwater levels of hayfields are leading to a current decline of this species. It appears abundantly in the roughs of the 7th Hole, but can alsi be found in roughs of the 3rd and 5th Holes, where the rough is quite wet. The name in Latin is derived from the spit on an insect called the meadow froghopper. This spit is called ‘cuckoo spit’ and can sometimes be found on the stems of the plant. 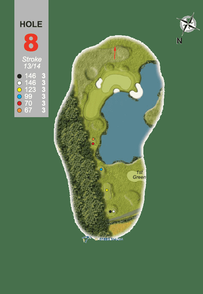 Short par 3 to a shallow green across the pond. There is a bunker splitting the green in two, demanding the player to have judged this distance to perfection. Many birdies are made here, but there are also many golf balls getting wet, if the shot is not accurate enough. 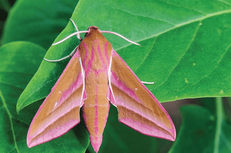 The beautiful Hawk-Moth can have a wingspan of about 6 cm! Its giant caterpillars feed on plants like hairy willow herb, fireweed and primrose, which are well represented on the golf domain, for example alongside the ditch to the left of the 8th Hole. At dawn and night the Elephant Hawk-Moths fly to forage on honeysuckle and other plants with tubular flowers. They do this like hummingbirds: during flight. A trick to see it is to attract them with UV light. 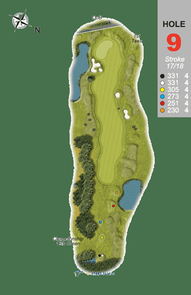 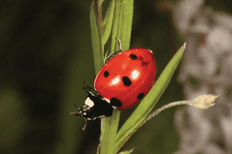 In the rough alongside the golf courses, many ladybugs can be found, such as the seven-spot ladybird. The number of spots on the back doesnit say anything about age, it is just a species specific characteristics. They are known for eating lots of aphids, and for that they are loved by gardeners. The seven-spot ladybird is a big ladybug, which usually occurs in sunny places. 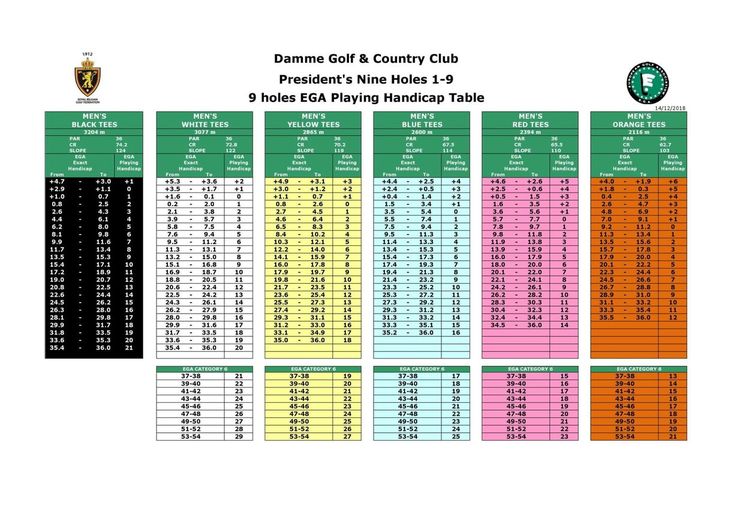 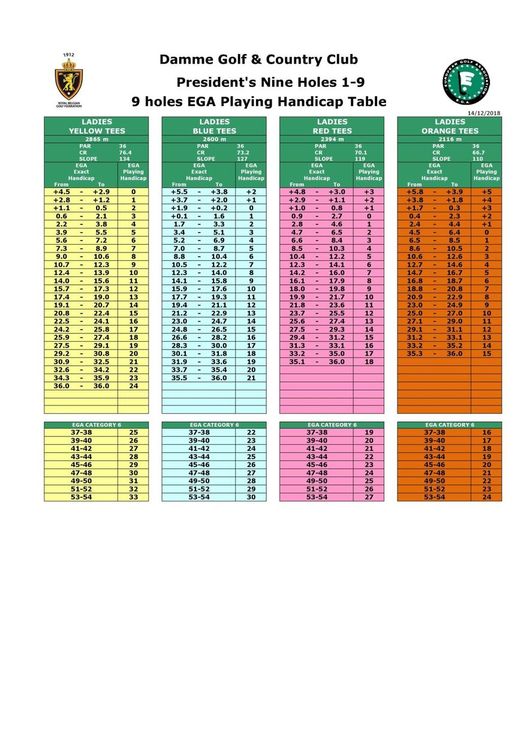 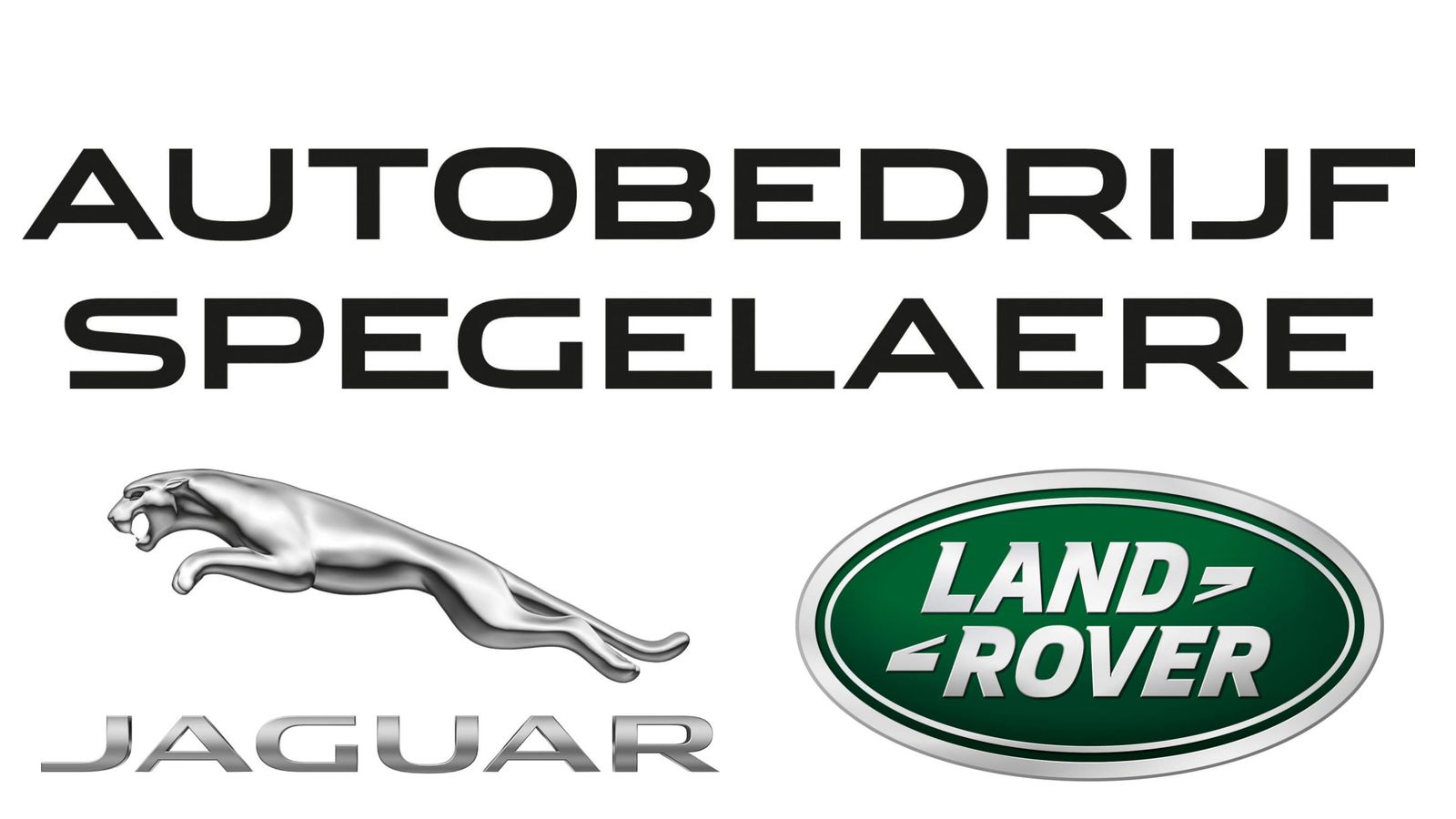 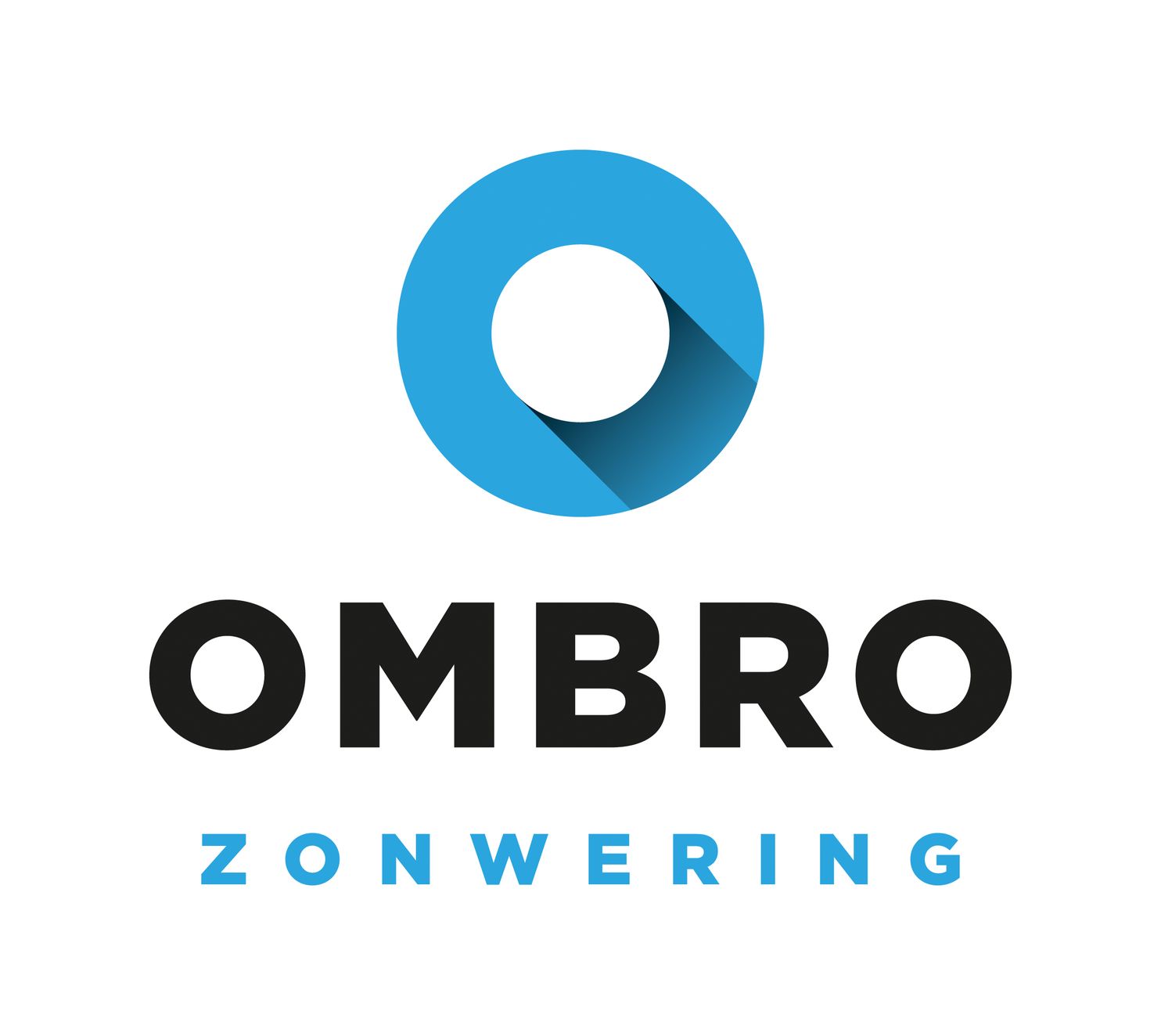 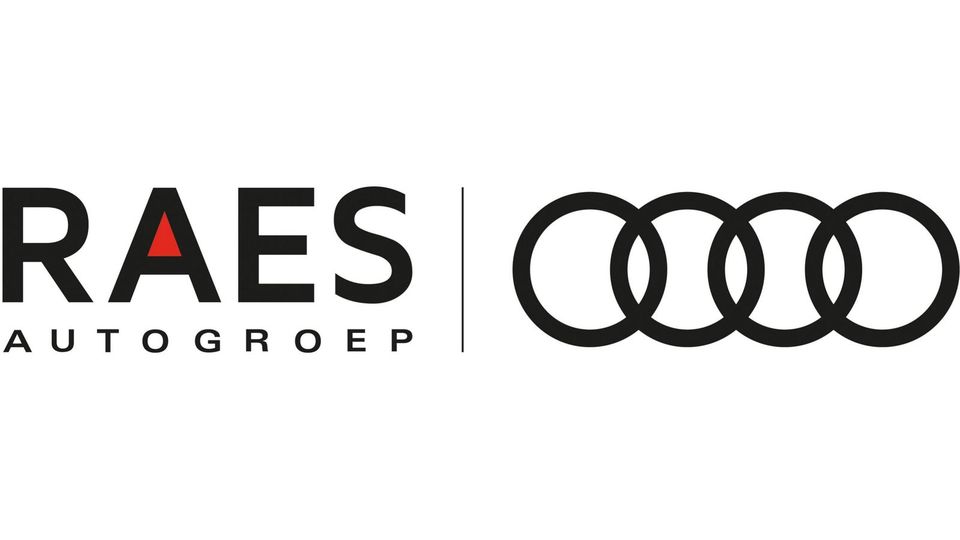 © 2019 Damme Golf & Country Club. All rights reserved. Made by Webstrike